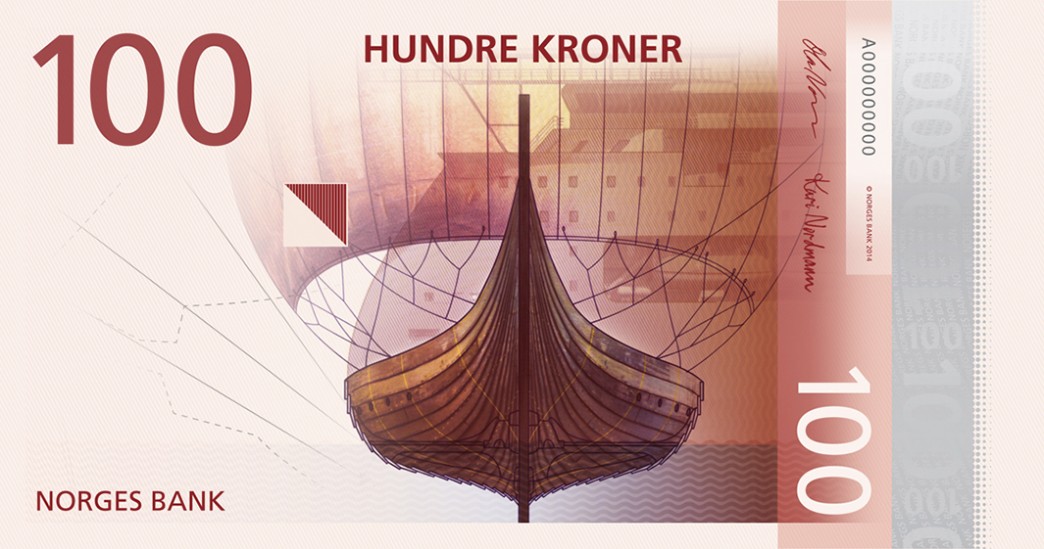 Because it could not possibly go wrong

When the Norwegians introduced their new bank notes recently, I realized that a lot of countries had gone from beautiful looking notes, portraying national heroes and wars won. To meaningless or down right ugly looking notes. All in the name of art and fraud prevention.

The Norwegians got it right however. Why did Norway get it right? Because Norway has it’s shit together. After all it is one of the most prosperous countries in the world. And when you are prosperous, you are always right, look at Donald Trump. Norway is also the country where everyone wants to live, even the Norwegians. It is also a country that has stuff, predominately oil, and stacks of it. And most importantly, the Norwegians decent from the Vikings. Oh! And did I mention the fact, that Kvelertak hail from the same country? And they race at a million miles an hours and make some of the sickest metal on this very planet.  So, yeah, the Norwegians were always gonna get their bank notes right. 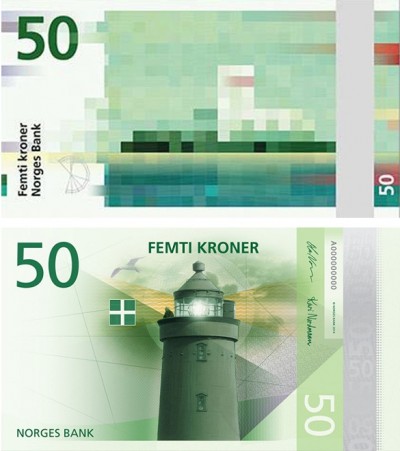 Norges Bank, the central bank of Norway, asked eight different designers to submit their proposals for the redesigned currency, to be put into circulation in 2017, and the winning design features images by Norwegian architecture firm Snøhetta on one side and Oslo-based graphic design firm The Metric System on the other.

What is clear from looking at the back side of the new bank notes, is that the boys and girls at Snøhetta Design were big into playing mine craft in the office. But I dont think any one is ever gonna worry about that. Let’s face it if you fold them well in your wallet, you would never have to see the minecraft looking backside. Snøhetta, which has offices in Oslo and New York, has designed some of Norway’s most iconic buildings, including the Oslo Opera House, a contemporary structure modeled after an iceberg that appears to seep into the Oslofjord below it, but could also be taken straight out of Minecraft.

The new 1000 kroner bank note is purple, and with Norway’s prices as they are, will buy you a carrot, a bag of sugar and a beer in your local.

What is also clear, is that this is currently the coolest money on the planet. So let’s pray to god Norway is not going to join the euro zone any time soon. Maybe it’s now time for the Americans to do a make-over on their bank notes. But then again they don’t have Kvelertak. They do have Donald Trump however.

“When contrasts come together, as when soft meets hard or digital meets analog, a dynamic is created. Our cubical pattern first of all represents pixels; our times visual language.”